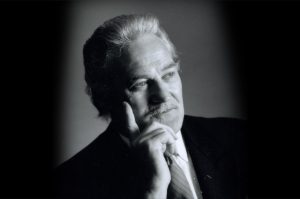 BRADENTON, FL, August 10, 2018 – New England Machinery (NEM) still mourns the loss of Founder Geza E. Bankuty, who made significant contributions to the packaging industry and passed away at the age of 91 on May 24th, 2018. A private memorial service was held for him on June 4th, 2018.

“We are deeply saddened by our father’s passing,” said Judith Nickse, current CEO of NEM and daughter of Bankuty. “His legacy in the packaging industry will be admired and remembered for many years to come.”

Bankuty began his career in the packaging industry with Bristol Meyers Clairol in 1966 while completing his engineering degree in Bridgeport, Connecticut. He was soon named Department Head of Packaging at Clairol. It was here that an idea to build a better bottle Unscrambler would eventually develop into the founding of New England Machinery (NEM) in 1974.

In the years following, Bankuty led NEM to introduce many more machines and he holds over 44 patents world-wide.

In 1989, Bankuty moved the company from New Haven, CT to Bradenton, FL taking 80% of his employees with him. As a testament to his great leadership and strong character, many of these employees are still with NEM today.

“His work ethic was hands-on,” said NEM employee Brett Hickman. “Though he was a great motivator and strong leader, he was never afraid to get his hands dirty.”

One story circulates the NEM machine shop to this day about a time he requested a complicated machine part be produced within the hour. He was met with great debate on how it would take a minimum of 2 hours to create. Geza rolled up his sleeves, jumped in and started making the part. When he finished in less than an hour with time to spare, a new standard time for this part was set and met from that time forward.

“Geza Sr. was tough but fair, very fair,” said Dan Duhaime, long standing employee for NEM. “This was a very conceptual man who could look at any situation and know how to fix it, whether it was machine based or a business problem. He also was a man who understood the incredible value of our machinery to the end user.”

In 2003, Geza turned over ownership of NEM to his daughter Judith Nickse and son Geza F. Bankuty. Judith, like her father, is known for telling it like it is and being tough, but fair. Geza, also like his father, is a great motivator and is a natural in the machine building and manufacturing process.

Though packaging was his life, this was only a small chapter of Geza E. Bankuty’s incredible story. He was extremely passionate about freedom, about his homeland Hungary and its people, and about his adoptive country, America. He was a leader and freedom fighter during the 1956 Hungarian Revolution, and spent many years of his life fighting for Hungary’s freedom from Russian domination. He also participated in the 1956 Olympics in Vienna, Austria among great athletes and developed a sports refugee alliance that organized sporting events all over the world to bring attention to the plight of the Hungarian Freedom Fighters and the brutal oppression of the Russian regime in Hungary.

After several attempts of capture by the Hungarian Secret Police, he immigrated to the United States of America where he was given political asylum. After eight years without his family, he was eventually reunited with his wife and their children. Here he remained politically involved not only in Hungary, but equally in the United States to keep focus on the oppression of the Hungarian people.

Over the years, he received countless titles, honorary awards and commendations. He worked three jobs while earning his engineering degree. He founded 7 companies, had dozens of patents, lectured all over the world, traveled with the US Secretary of Commerce to Russia after the demise of the Soviet Union, and found time to help countless disadvantaged families, both in the U.S. and in Hungary.

“He truly loved this country,” said Nickse. “His work and passion for his native Hungary would not have been possible without the freedom gained in his new adoptive country. He was very proud to be a United States citizen and was committed to giving back to this country and his community. “

“I remember a story he told me once,” said Robert Szalay, NEM employee. “Years ago, he used to be a Motor Cross Racer and he said he would be going 120 miles per hour while approaching a curve with another racer right next to him. He knew that only one of them would pull out of the curve ahead and it would not be the guy who slows down at the curve. He would say that in business, and in life, when everyone else puts the breaks on even for a little, he takes the risk, pushes the gas and gets ahead.”

New England Machinery, a Certified Woman Owned Business, is proud to have received both the Export Achievement Award from the US Commercial Service, the Florida Governor’s Business Diversification Award for Export Excellence, and the Florida Sterling Manufacturing Business Excellence Award.